Army of Bosnia and Herzegovina brigades

The AFBiH was formed from three armies of the Bosnian War period: the Bosnian (dominantly Bosniak with numbers of Serbs and Croats) Army of the Republic of Bosnia and Herzegovina, the Bosnian Serb Army of Republika Srpska, and the Croat Defence Council.

The Army of the Republic of Bosnia And Herzegovina was created on 15 April 1992 during the early days of the Bosnian War. Before the ARBiH was formally created, there existed Territorial Defence, an official military force of Republic of Bosnia and Herzegovina, and a number of paramilitary groups such as the Green Berets, Patriotic League, and civil defense groups, as well as many criminal gangs and collections of police and military professionals. The army was formed under poor circumstances, with a very low number of tanks, APCs and no military aviation assets. The army was divided into Corps, each Corp was stationed in a territory. The first commander was Sefer Halilović.

The Army of Republika Srpska was created on 12 May 1992. Before the VRS was formally created, there were a number of paramilitary groups such as the Srpska Dobrovoljačka Garda, Beli Orlovi, as well as some Russian, Greek and other volunteers. The army was equipped with ex-JNA inventory. It had about 200 tanks, mostly T-55s and 85 M-84s, and 150 APCs with several heavy artillery pieces. The Air Defense of VRS has shot down several aircraft, like F-16, Mirage 2000, F-18 and one Croatian Air ForceMiG-21. The VRS received support from the Yugoslav Army and FRY.

The Croatian Defence Council was the main military formation of the Croatian Republic of Herzeg-Bosnia during the Bosnian War. It was first organized military force to with the aim to control the Croat populated areas, created on 8 April 1992. They ranged from men armed with shotguns assigned to village defense tasks to organized, uniformed, and well-equipped brigade-sized formations that nevertheless employed part-time soldiers. As time went on, the HVO forces became increasingly better organized and more 'professional', but it was not until early 1994, that the HVO began to form the so-called guards brigades, mobile units manned by full-time professional soldiers.

In 1995–96, a NATO-led international peacekeeping force (IFOR) of 60,000 troops served in Bosnia and Herzegovina, beginning on December 21, 1995 to implement and monitor the military aspects of the Dayton Peace Agreement. IFOR was succeeded by a smaller, NATO-led Stabilization Force or SFOR. The number of SFOR troops was reduced first to 12,000 and then to 7,000. SFOR was in turn succeeded by an even smaller, European Union-led European Union Force, EUFOR Althea. As of 2004, EUFOR Althea numbered around 7,000 troops.

The Bosnian train and Equip Program[edit]

The program to train and equip the Bosnian Federation Army after the signing of the Dayton peace agreement in 1995 was a key element of the U.S. strategy to bring a stable peace to Bosnia. The Train and Equip Program also calmed the concerns of some Congressmen about committing U.S. troops to peacekeeping duty in Bosnia. Creating a stable and functioning Federation Army that could deter Serb aggression had the prospect of allowing NATO and U.S. troops to withdraw from Bosnia within the original 12-month mandate, which the administration assured Congress was all it would take to stabilize the country.[3]

The program conducted an “international program review” in April 1998 to demonstrate to U.S. partners that it had been well managed and successful and to solicit additional contributions. The event was attended by 20 current and potential donor countries and an air of satisfaction prevailed.[3]

The Dayton Peace Agreement left the country with three armies under two commands: the Bosniak and Bosnian Croat armies within the Federation of Bosnia and Herzegovina, facing their recent adversaries the Army of the Republika Srpska. These three forces together had around 419,000 personnel in regulars and reserves.[4] This force size and orientation was totally at odds with the international peacemakers' vision. Slow reductions did take place. By 2004, the two warring factions had reduced their forces to 12,000 regulars and 240,000 reserves but had made virtually no progress in integrating the two into one new force, though the basis of a state defence ministry had been put in place via the Standing Committee on Military Matters (SCMM). Conscription for periods of around four months continued, the costs of which were weighing down both entities.

The restructuring of the three armies into the Armed Forces of Bosnia and Herzegovina represents part of a wider process of 'thickening' the central state institutions in Bosnia and Herzegovina.[5] In order to mitigate some of the potential controversy around restructuring, the Office of the High Representative (OHR) made use of evidence of malpractice in Republika Srpska military institutions. Firstly, from 2002 onwards, OHR utilised a scandal around the provision of parts and assistance to Iraq in breach of a UN embargo (the so-called Orao affair) to support the cause for bringing governance of the armies under the level of central institutions.[6] Following this, in 2004, the process was accelerated,[7] drawing its justification from new evidence of material and other forms of support flowing from Republika Srpska armed forces to ICTY indictee Ratko Mladić. OHR condemned the ‘systematic connivance of high-ranking members of the RS military’ and noted that measures to tackle such systematic deficiencies were under consideration.[8] This was quickly followed by the expansion of the mandate for a Defence Reform Commission, which ultimately resulted in the consolidation of three armed forces into one, governed at the level of the central state.[9]

As the joint AFBiH began to develop, troops began to be sent abroad. Bosnia and Herzegovina deployed a unit of 37 men to destroy munitions and clear mines, in addition to 6 command personnel as part of the Multinational force in Iraq. The unit was first deployed to Fallujah, then Talil Air Base, and is now located at Camp Echo. In December 2006, the Bosnian government formerly extended its mandate through June 2007. Bosnia and Herzegovina is planning to send another 49 soldiers from the 6th Infantry Division to Iraq in August 2008, their mission will be to protect/guard Camp Victory in Baghdad. 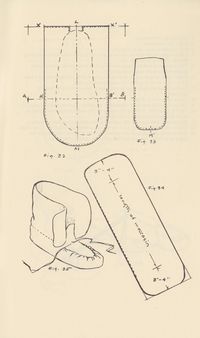 The Military units are commanded by the Armed Forces of Bosnia and Herzegovina Joint Staff in Sarajevo. There are two major commands under the Joint Staff: Operational Command and Support Command.

There are three regiments that are each formed by soldiers from the three ethnic groups of Bosnia and Herzegovina: Bosniaks, Croats and Serbs and trace their roots to the armies that were created during the war in BiH. These regiments have their distinct ethnic insignias and consist of three active battalions each. Headquarters of Regiments have no operational authority. On the basis of the Law on Service in the Armed Forces of Bosnia and Herzegovina, the regimental headquarters have the following tasks: to manage the regimental museum, monitor financial fund Regiment, prepare, investigate and cherish the history of the regiment, the regiment publish newsletters, maintain cultural and historical heritage, give guidance on holding special ceremonies, give guidance on customs, dress and deportment Regiment, conduct officer, NCO and military clubs. Each regiments three battalions divided evenly between the three active brigades of the Army.

Joint Staff of the Armed Forces of Bosnia and Herzegovina[edit]

Brigades under the Operational Command control[edit]

Brigades under the Support Command control[edit]

Main article: Military ranks and insignia of Bosnia and Herzegovina

Armed Forces of Bosnia and Herzegovina were unified in 2005 and at that time they needed a uniform for the newly founded army. MARPAT was designated as the future camouflage pattern to be used on combat uniforms of the AFBiH.

Insignia is found on military hats or berets, on the right and left shoulder on the uniform of all soldiers of the Armed Forces. All, except for generals, wear badges on their hats or berets with either the land force badge or air force badge. Generals wear badges with the coat of arms of Bosnia surrounded with branches and two swords.All soldiers of the armed forces have on their right shoulder a flag of Bosnia and Herzegovina. All members of the three regiments wear their regiment insignia on the left shoulder. There are other insignias, brigades or other institution are worn under the regiment insignia. The name of the soldiers is worn on the left part of the chest while the name 'Armed Forces of BiH' is worn on the right part of the chest.

A machine gunner of the AFB&H, lays down suppressing fire while on an ambush Situational Training Exercise During Immediate Response 2012.
Armed Forces of Bosnia and Herzegovina has 36 Romanian 40-round launchers APR-40. 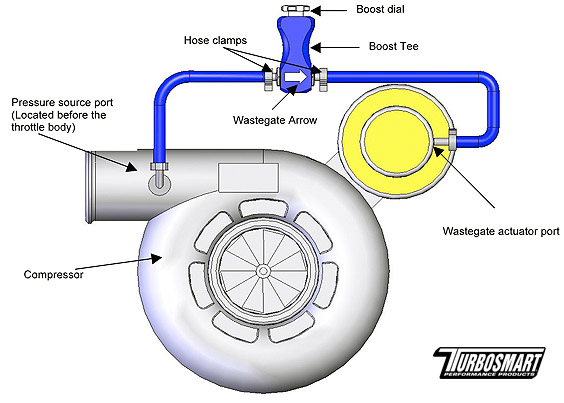 continuous cooler operation.
ED460G
ArcticCircle coolers use low horsepower motors, so they cost
much less to operate than expensive, high horsepower air
conditioning – saving up to 75% of the cost of operating A/C.
While down discharge models are typically installed on a roof,
side discharge models can be installed on the roof or through
a side wall. Most installations include connection to a duct

system to provide cooling throughout the house. Colder air,
environmentally friendly and more economical, ArcticCircle is